Let’s pray together that all the Vasava people would know the hope of Christ.

Who Are The Vasava?

Living in India, the Vasava are an indigenous tribe that are part of the Bhil ethnic community. They are mostly found in the states of Gujarat, Maharashtra, and Rajasthan.

The Vasava are more than 99% Hindu, less than 1% Muslim, with a very tiny minority practicing Christianity.

Most of these people work as subsitence farmers, renting the land they work on. The Vasava have traditionally been excluded from better jobs, education, and social mobility because of India’s caste system. (Pronounced like “cast.”) 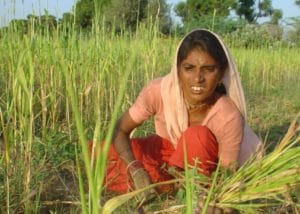 Life At The Bottom: The Out-Castes

The ancient caste system (with its origins in Hinduism) maintains a hierarchy in every aspect of Indian society. There are four caste levels, and below that a fifth level for people who are considered lower than low. Literally out-casts these people have been labeled as untouchable by those of the four castes above them.

A person’s caste is the same as their parents’. You’re born into it. And to maintain the hierarchy caste groups have strict rules about who a person can marry, usually someone within their caste. Caste identity also sets rules about food and with whom food can be shared.

Castes have always been linked to occupations. A person born into a certain caste could practice only the occupations associated with that caste.

Since the 1950s India has been seeking to reform the caste system, opening up opportunities for those of the lower echelons. This has been a slow process, though progress is being made.

Over the past 50 years, untouchable groups like the Vasava have been granted “scheduled tribe status.” This means they are officially designated a protected people group. But they still face a significant amount of social stigma. They are frequently discriminated against in jobs, education, property rights, legal disputes, and economics. As a result, they suffer in poverty, have a high level of illiteracy, and do not own productive land.

Never Had A Chance To Hear The Gospel

Most Vasava practice Hinduism mixed with their animistic beliefs in local spirits and deities. Each village, or family, will have gods that they worship, but also worship other Hindu gods during various festivals.

Additionally, the Vasava are known for their power of magic and mastery of religious ceremonies. They are extremely superstitious and have deep-rooted beliefs in demonic influence.

Sadly, very few of the Vasava have ever heard of Jesus, let alone understand how he brings freedom and salvation through the gospel.

Trapped By Lack Of Education

In India education is a primary key to escaping poverty, but the Vasava have little access to schooling. Most live in remote villages where education is very limited, and the quality of teaching is poor. In addition, the children are needed to help in the field during planting and harvest season which takes them out of the classroom frequently. Therefore, illiteracy among the Vasava is about 50%.

Girls face an even bigger challenge. As a female child grows older, she is often required to help raise siblings at home so that her mother can work, forcing her to drop out of school. As a result, Vasava women are almost twice as likely to be illiterate as men.

These factors trap Vasava children in a cycle of a poverty from which there is little hope of escape.

Unless somebody steps in to help. And that someone can be you.

We are working alongside the non-profit India Partners to provide more than two dozen Vasava boys the opportunity to go to a good school, while living in a house run by Christians. They will receive an education and a chance to hear about Jesus.

You can help provide education, food, and housing for these Vasava students on a monthly basis. Click here to learn more.

Whatever God is leading you to do, we know that none of it will accomplish His ends unless we first pray. If the story of the Vasava is prompting you to help in some way, please begin by praying.

How Else Can You Help?

For starters, you can participate with us in the regular Vasava Prayer Group. We’re currently meeting via Zoom. Click here for details.

We have other opportunities for you to participate with bringing the Gospel to the Vasava. Sponsoring a Pastor, audio Bibles, and Safe Water for a Vasava Village. We will also have short term teams that will provide training and other ministry opportunities. Please contact the Global Missions pastor for more information.

Learn More About The Vasava: Download Our Prayer Guide